The Trust has 7 Trustees/Directors. All are unpaid volunteers who either live on the Estate or locally

56, Wentworth Road Simon age 48, has lived in Harborne for 16 years. An employee of Lloyds Bank for 26 years, he acts as Relationship Director to a number of high profile West Midlands commercial customers. He brings high level funding and financial experience to the Trust. He lives with Annette and daughter Tessa. Simon is currently Chair of the Trust 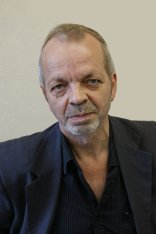 Margaret Grove. "I have lived on the Moor Pool Estate for over 40 years, but only really became involved in the community in opposition to Grainger’s development plans, chairing the Moorpool Regeneration Group (MRG) from its inception (2007-2015). I am now retired but with a background in management, training and ICT I hope to contribute to the important work of the Trust in preserving the integrity and community of our garden suburb. I also manage the Residents’ Association web site, Chair the Circle Cinema and have edited of the Moor Pool Duck since 2016." 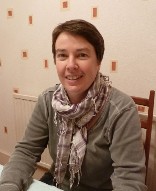 52, Moor Pool Avenue. Jules Bellingham has lived on the Moor Pool Estate, in Moor Pool Avenue, for over 14 years. She is a “third generation” resident – her parents and grandparents having lived in Moor Pool Avenue and High Brow respectively. Jules currently works as a Learning and Development Consultant for an organisation that works exclusively with not-for-profit or charitable organisations (e.g. she delivers leadership and management training for organisations like the RNLI and Macmillan Cancer Support). Jules began her career working in the commercial sector for Bass Leisure Retail. During this time she worked in retail operations, strategic planning, and business development. She then changed career to become a fundraiser in the charity sector, and was Deputy Director of Fundraising and Marketing for Action For Children (previously National Children’s Homes / NCH), until she moved to her current consultancy role. 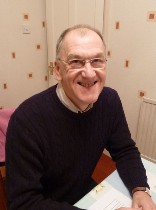 9, Carless Avenue "I have lived on the Estate for some 30 years in Carless Avenue, having moved to Birmingham in the mid 1970’s to study at Aston University for a doctorate which was awarded in 1981. I am a Chartered Civil Engineer and own a Civil and Structural Engineering Consultancy, base in Quinton. I have been an active member of Circle Tennis club, both on the committee and as a player and was one of the founder committee members of Moor Pool Residents Association. Other than that my spare time is spent on my allotment. The unique feel and atmosphere of the Estate is something I cherish, and hope to preserve for the future." 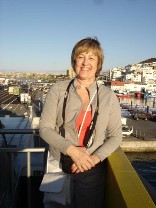 2, The Circle I have lived on the Moorpool Estate for the last 27 years and have recently retired from NHS Birmingham. I previously worked in newspaper publishing and TV broadcasting and the motor industry as a Press Officer for The Rover Group, which included publicity for the British Motor Industry Heritage Trust and their car collection and archive library.

Sarah is the Chair for the MPHT Fundraising Committee. 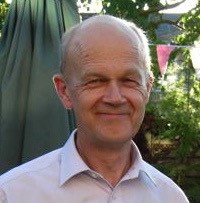 Phil Simpson 55 Wentworth Road Phil has lived in Wentworth Road for over 40 years bringing up his family here. He worked until retirement for the City Council, originally looking after the roads latterly advising the Planning Committee on all Highway and Transportation matters. He was active in The Harborne Society becoming Chairman in 1985 then moved onto local politics where he stood at local, national and European elections. He also worked in The Green Party at local and national levels. When Graingers made their original building proposals he advised the many concerned residents of Moor Pool and being one of the allotment holders threatened has maintained a keen interest since. His wife, Marion, was a local GP and they both attend St Mary’s Church where they support the parish in several ways.